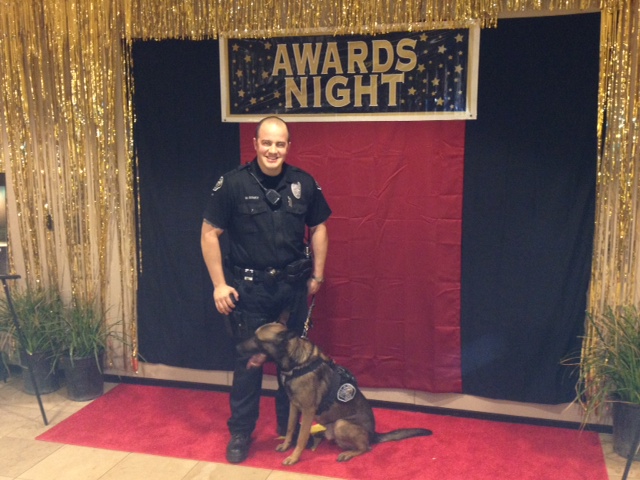 The event kicked off at 4 p.m. with a red carpet spectacle. Guests were treated like stars as they walked the red carpet in style. Hollywood impersonators were there to mingle with guests as they posed for the paparazzi. A Joan Rivers impersonator made everyone feel like they were at a true Hollywood soirée with her famous red carpet interviews.

At 5 p.m., the main ballroom doors opened and guests were greeted with live music and delicious food. Golden Village Palms General Manager Michael Carle opened the ceremony, welcoming everyone to the event and thanking the night’s many sponsors. West Valley ROTC then presented the colors and Linda Gralich of Golden Era sang the U.S. and Canadian National Anthems with help from the crowd. Rod Kummer, the host of the evening, kept everyone entertained throughout the event.

Along with the night’s entertainment, awards were presented by many of the evening’s sponsors. Higher Ground Coffee and Hopes Chest first gave out awards including Favorite Activity, Favorite Concert, and Favorite Golf Course. Aloha Insurance and Hampton Inn presented the award for Favorite Dance, Favorite GVP Sport, Best RV Site and Most Likely to Find at Happy Hour. Legal Shield, Menifee Ranch and Storage, and Fitness Express also hosted an awards segment.

The Academy of Palms was once again a fantastic wrap up and celebration of the 2013-14 winter season. If you missed this year’s event, make plans for the 2015 Golden Village Palms Academy of Palms. You can always follow GVP on Facebook and sign up for our monthly newsletter to see what’s happening at the resort and be the first to book your ticket. Be sure to visit our online photo gallery from the event. Thanks to all of the sponsors, Hollywood impersonators, staff, volunteers and of course our amazing guests for making this an evening and season to remember.