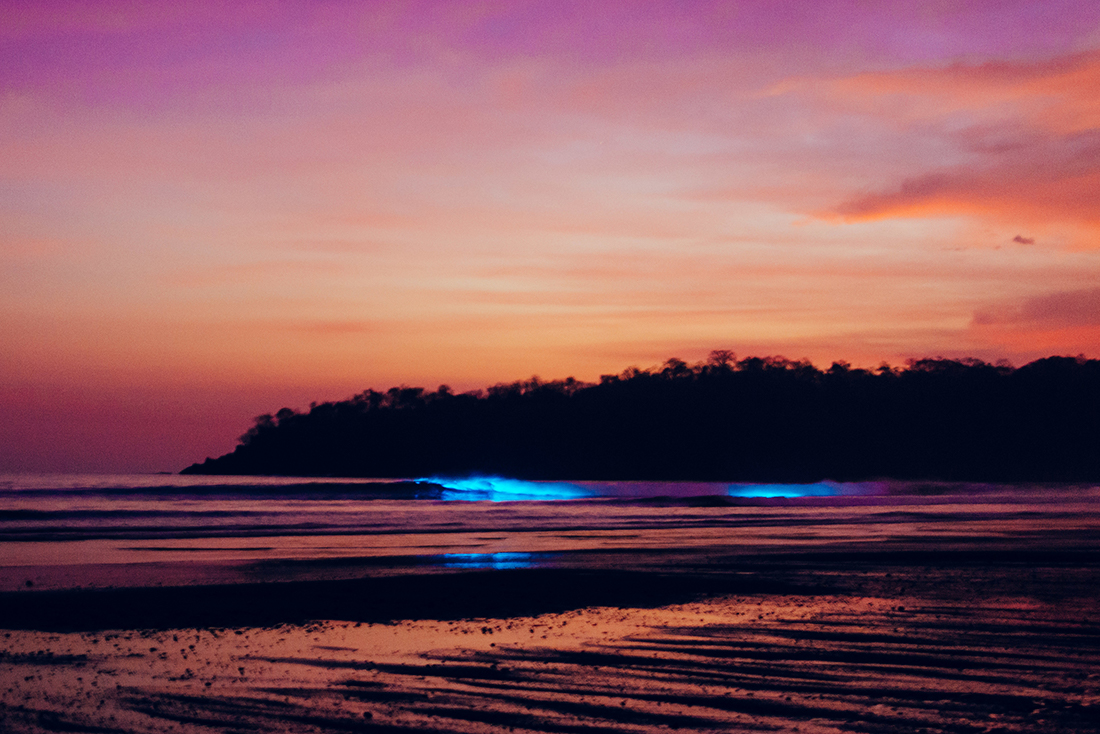 Over the past few weeks, a breathtaking natural phenomenon has been occurring all along San Diego’s coastline. If you went to the beach after dark, you would see a turquoise-blue glow as the waves crashed along the shore. These glowing waves are not caused my any sort of chemicals or man-made light show, but are actually a naturally occurring effect due to the microorganisms in the ocean during red tide

You might be wondering why the magical blue waves are called “red tide”. The cause of the blue light is actually the algae in the water, which make the water appear reddish-brown in the daylight. When there is a large algae bloom, it can cover the coastline and make the water seem a bit “soupy” and murky. However, the real show is at night. The algae are bioluminescent, which means that they naturally emit a bluish light when agitated. So when a wave crashes or when you splash around, the water will look like it is glowing!

How Can I See It?

We encourage everyone to be cautious in maintaining social distance from others and following the rules of each city’s beaches if they choose to view red tide. The glow is only visible at night, the darker it is on the beach, the more vivid the colors will be. It can last up to a few weeks, but we never know how long it will last. As some beaches in San Diego opened up last week, residents could see the phenomenon up close, and some surfers even got to catch some ethereal blue waves.

One of a Kind

San Diego is a city with so much to offer, whether it be the world-famous San Diego Zoo or Balboa Park, but even with so many attractions closed, we will always have our natural beauty. We can be grateful for our perfect weather and beautiful beaches, but red tide is one thing that makes San Diego truly unique. Where else in the world can you surf a phosphorescent blue wave?